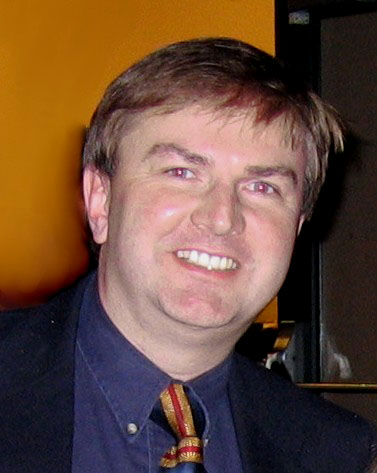 
Dr. Roy Want received his doctorate from Cambridge University, England in 1988, and is currently a Research Scientist at Google. Previous positions include Sr. Principal Engineer at Intel Corporation, and a Principal Scientist at Xerox PARC. He holds the grade of both ACM and IEEE Fellow. His research interests include mobile and ubiquitous computing, distributed systems, context-aware applications, and electronic identification. He has more than 20 years’ experience working in the field of mobile computing. He served as the Editor-in-chief for IEEE Pervasive Computing from 2006-2009, and he is currently a member of the ACM SIGMOBILE executive committee in the role of Past Chair. To date, he has authored or co-authored more than 75 publications, with 80 issued patents in this area. For more information about Dr. Want's academic and industrial achievements see http://www.roywant.com/cs/.

Click here for abstract: "Pervasive Computing is the New Black"

Dr. Alan Kaplan has over twenty years experience leading research and product development involving mobile software. As CTO of Drakontas, he is responsible for directing the technology roadmap for the company, as well as overseeing design, development and deployment in all product areas. Dr. Kaplan was formerly Department Head of Middleware and Software Technologies at the Panasonic Princeton Research Laboratory. He serves on the Steering Committee for IEEE Communications Society Consumer Communications and Network Conference. Prior to Panasonic, Dr. Kaplan held faculty positions in computer science departments at Clemson University and Flinders University of South Australia. Dr. Kaplan holds a Ph.D. and M.S. in Computer Science from the University of Massachusetts Amherst and a B.S. in Computer Science from Duke University.

In the world of public safety (policing, law enforcement, fire fighters, emergency medical services, first responders, etc.), time to response and the ability to share information quickly and accurately are paramount for both routine and emergency situations.     Not surprisingly, advances in consumer communications and networking are having a dramatic impact on public safety, as agencies begin to adopt emerging devices, networks and apps (DNA) to improve their operations.

In this talk, I will discuss how the new "Public Safety DNA" is changing how agencies communicate, coordinate and collaborate. I will look at both the opportunities and challenges which public safety personnel face as they move from traditional voice radios to smartphones, tablets, broadband networks and mobile apps.  Some examples of consumer communications and networking technologies being adopted for public safety use will be given. I will also look at the new standards that are being developed to support public safety, specifically, the FirstNet initiative that is happening in the United States - the first nationwide, high-speed network dedicated to public safety.